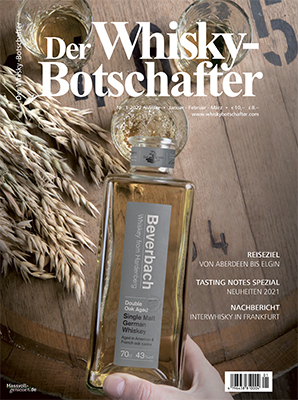 Scotch Whisky is known the world-over by the Brand names of large blending companies. These blends are the mixture of the products of various distilleries which were originally independent family owned units.

Until the middle of the 20th century there were many small firms that bottled and sold the pure product of the local distilleries. Since Victorian times the firm of William Cadenhead has provided this service.

However a diminution of public interest caused the small bottling companies to close down. Only a small handful of distilleries still remain in the ownership of their founding families and even fewer of the bottling companies remain active, William Cadenhead is one of the notable survivors.

Recent revival of interest in the whisky from different single distilleries has caused a surge of new firms to emerge. Many do not actually control their bottling operations and unfortunately feel it necessary to invent fictitious ancestries. However William Cadenhead has a well established pedigree and the experience of over one and a half centuries ensure that our customers can truly rely on what we put in a bottle. We guarantee that we never chill-filter or chemically alter the products that we bottle nor do we add colouring agents. Each of our bottlings of whisky, and indeed of our rums and cognacs, comes from an individually selected cask.